The Role of Vulnerability in Leadership

I was reflecting recently after a couple of executive coaching sessions about the topic of vulnerability. My clients, both very senior women were discussing the role that vulnerability plays in their workplace and particularly as part of their leadership style. I also attended Surf Life Saving Australia’s leadership forum where one of the speakers was Commissioner of the NSW Rural Fire Service Shane Fitzsimmons who oversaw the worst bushfires seen in NSW in 2013 also touched on the topic.

At a press conference in October 2013, Fitzsimmons choked up when answering a question from the press about the losses suffered. His physical show of emotion was splashed across all news media and became one of the lead stories throughout the bushfire campaign.

At the leadership forum, Fitzsimmons explained the background to his display of emotion. He had been counseling his crew who had felt that they had failed the community in not saving the homes. Many of them had lost their own homes whilst trying to save the homes of others. He had visited the fire zones, talked to his people, and was offering all he could in terms of emotional support. He told us he didn’t know what question sparked the swelling of emotion within him -just that all of the emotions of the stress and his team came to the surface at that moment.

He talked about how angry he was at showing emotion. He talked about growing up in the “macho bullshit” world that you can’t fail, can’t show emotion, have to fix it, have to have all the answers. And he talked about how when he drove home that night towards the bushfire headquarters and stopped at a petrol station, several people including men came up and gave him a hug and many people texted him to see if he was ok.

It occurred to me that vulnerability is normally associated with a female quality. Women in the workplace, I feel especially go to great lengths, like our male counter-parts not to appear vulnerable. It’s not only in the display of emotions, but it also the need to look like you are in control, to have all the answers and to be ‘ahead of the game’.

The need to good look, be in control and have all the answers – all the time – places enormous stress on leaders both men and women.

Yet, it is in our willingness to not have all the answers all the time that enables us to call on our teams and to bring out their best in times of crisis. And it enables our team to step up become true leaders along side us. This is where a coaching approach really works too – the ability to look your team in the eye and ask ‘what are the options?’ and from that discussion to make a decision is part of true leadership.

Fitzsimmons reflected that we need a mind-shift change and that prompted me to reflect (for most of the day) that vulnerability including asking for help, is not a weakness or feminine thing. We are not deferring our role as leaders, we are not breaking down all the time into a blubbering mess – on the contrary we are letting our vulnerability and indeed our humanity serves us in times of need to bring out the best in others and ourselves.

Furthermore, Brene Brown- a researcher in social sciences has an amazing TEDtalk on the power of vulnerability, which encompasses the role it has to play within leadership, to see her talk click here…

To know more  about what The Open Door Coaching does or how they could benefit you and your team, see here 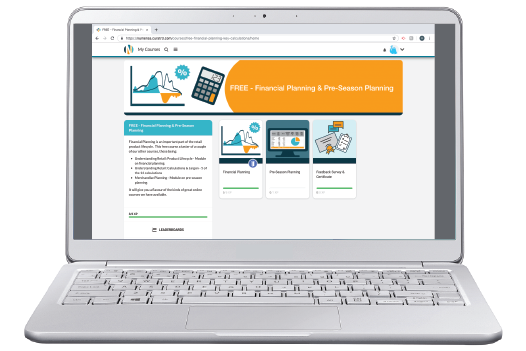